The transimpedance amplifier (TIA) is often implemented using operational amplifiers with inverting configuration. It is a current to voltage converter and has two premises:

2. The voltage difference between the two input nodes (node 1 and 2) is zero.

The following figure is a simplified transimpedance amplifier with a single output port in reference to the ground: 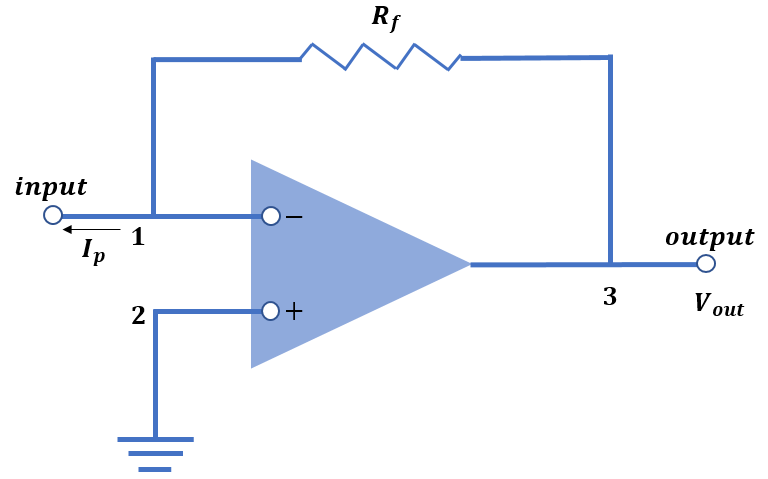 The DC gain is defined as 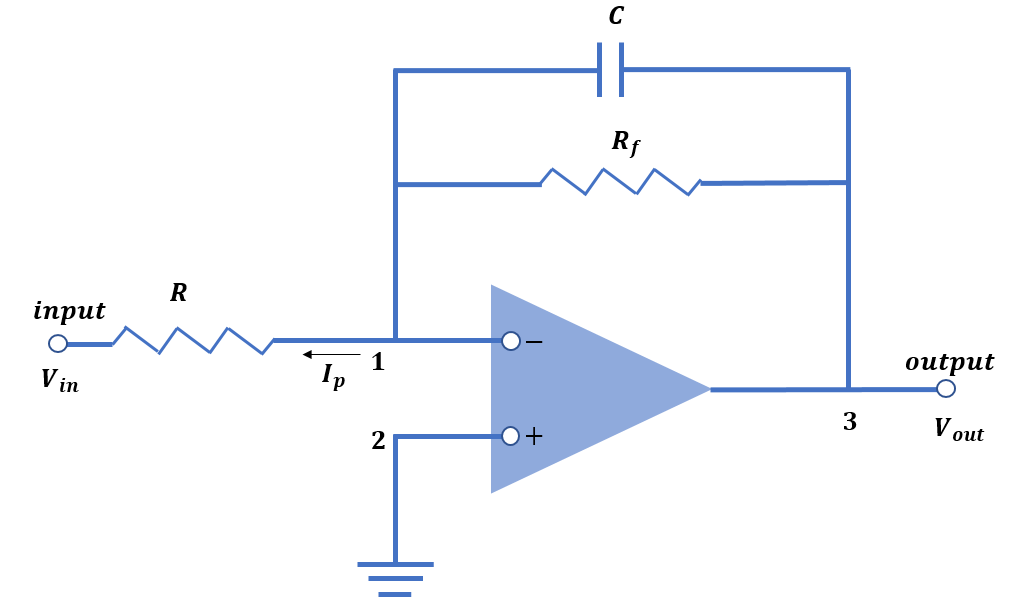 And the closed-loop gain is calculated as:

The gain is the transfer function of a low-pass single-time-constant circuit. The low-pass filter in the model is defined by the parameters "cutoff frequency" and "order".

A differential output TIA has two output ports with the output voltages varying about the same DC center (typically 0 V) in opposite amplitudes.

The following figure shows the circuit in the example file transimpedance_amplifier.icp. The current output from the PIN photodiode is amplified by the TIA with a transimpedance gain of 5 kΩ. The TIA has an equivalent 4th order low-pass Bessel filter effect with a 18.75 GHz cutoff frequency.